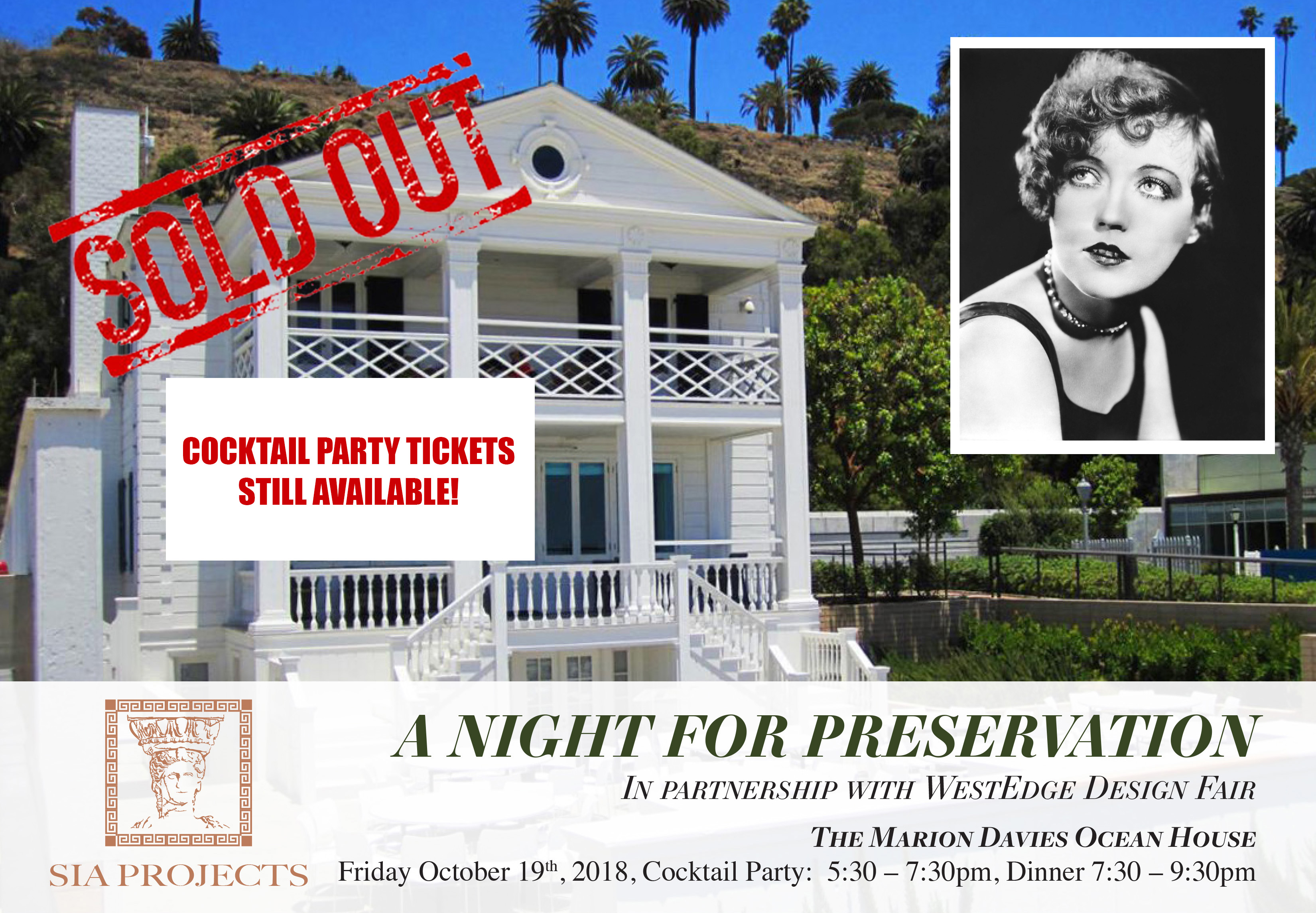 A NIGHT FOR PRESERVATION

Join Save Iconic Architecture in an evening of celebrating the preservation of notable architecture and design.

This seaside cocktail party and private dinner will be an enjoyable social
event filled with the supporters and guests of SIA Projects. The special event
will take place in conjunction with the 2018 West Edge Design Fair. Dine
under the stars and celebrate Architecture and Design with Los Angeles’
interior designers, architects and influencers.

Most people know at least some of the story of Marion Davies and William Randolph Hearst. He was a media tycoon, the original yellow journalist, an insanely prolific collector of European treasures, and the master of San Simeon. She was the effervescent young showgirl from Brooklyn, discovered by middle aged Hearst, who went along with his effort to make
her a movie star.

Meshing his love for grand displays of wealth with Marion’s love of people and partying, William Randolph Hearst decided to give Marion a play palace of epic proportions on “The Gold Coast.” He began to buy up choice ocean front lots, fifteen in all. The humorist Will Rodgers, determined to teach Hearst that he couldn’t always get what he desired, refused to sell him a tiny corner lot until Hearst agreed to pay an astronomical sum for it. W.R. hired art director and production designer William Flannery to design the fairytale-worthy main mansion. Julia Morgan, Hearst’s favorite architect, was pulled away from her main projects of San Simeon and the Wytoon retreat near Mount Shasta, to design the 110 foot long pool and the large guest house.